The Wisconsin Project supports U.S. government efforts to help countries develop and enforce effective controls on strategic trade. For nearly twenty years, we have provided training and Risk Report access to thousands of officials in over 40 countries. These countries use the database on a daily basis for end-user screening, sanctions compliance, cargo targeting, and investigations.

Through research and advocacy, the Wisconsin Project seeks to reduce the risk that exports will accelerate proliferation of weapons of mass destruction. Early work by founder Gary Milhollin influenced the export policies of major supplier countries. More recent work publicizes the entities supporting WMD programs, with a focus on Iran, and has influenced sanctions policy and enforcement.

The Wisconsin Project on Nuclear Arms Control carries out research and public education designed to inhibit the spread of technologies used to make weapons of mass destruction and long-range missiles. Among its major accomplishments in its over 30 year history are the following: 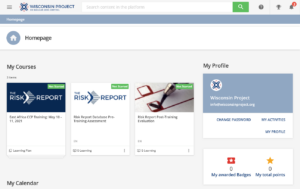 In response to the pandemic, the Project develops a customized online learning platform to support remote export control training for officials in countries around the world. The platform hosts webinars, interactive exercises, and self-directed lessons on how to use the Risk Report to support risk analysis, screening, and targeting. 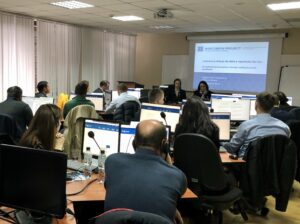 The Project expands its focus on counterproliferation finance through publications, public advocacy, and engagement with the financial sector. Through Risk Report outreach to financial regulators and bank officials in Eastern Europe and the Caucuses, the Project enhances proliferation-related screening and targeting practices. 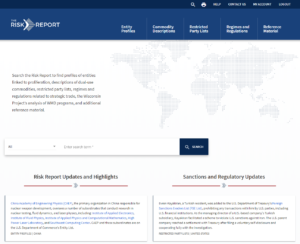 The Project launches a new version of the Risk Report database, over 20 years after publishing the first paper newsletter. The Risk Report now includes expanded content, an intuitive layout, and sophisticated search and filtering options, ensuring that users are able to conduct robust risk analysis and screen against entity profiles and restricted party lists found in the database. 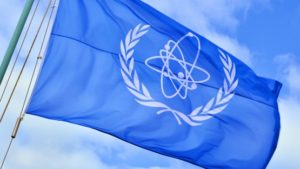 Through reports, op-eds, workshops, and public appearances, the Project advocates for greater public transparency in the implementation of the Iran nuclear deal. The Project argues that such transparency is needed to build public confidence that the monitoring, verification, and enforcement measures of the deal are functioning properly.

The Project supplies Risk Report data for integration into national cargo targeting and risk management systems, with support from the US State Department. Export control training is enhanced to include an online training tool and hands-on exercises based on a real-world interdiction scenario. Countries in Africa and the Middle East are engaged for the first time. 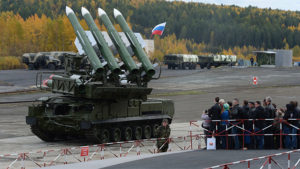 The Project identifies hundreds of entities associated with Russia’s defense sector in support of US and EU sanctions, following the annexation of Crimea and the downing of MH Flight 17. Profiles of these entities in the Risk Report help companies implement sanctions. 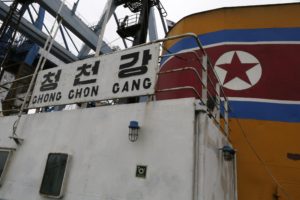 The Project investigates North Korean shipping following the interdiction in Panama of a North Korean vessel carrying military cargo. We identify and profile dozens of companies that manage or own North Korea vessels in the Risk Report. 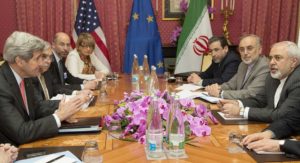 A decade after launching the original website, the Project updates Iran Watch to feature its list of about 1,000 entities supporting Iran’s nuclear and missile programs. The list is integrated into screening systems used by banks and freight forwarders around the world. Through a series of op-eds and roundtable discussions, the Project warns about accommodating Iran’s long-term nuclear ambitions.

The Project provides export control training and Risk Report access to new countries as part of an effort to help them comply with new national trade control laws and the requirements of UN Security Council resolution 1540. This brings to forty the number of countries that are using the Risk Report in strategic trade controls. 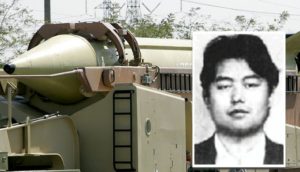 The Project supports the New York County District Attorney’s Office investigation into sales from China to Iran of nuclear- and missile-useable technology. The Project testifies before a grand jury in New York City about the commodities and firms involved in these transactions and the Chinese entities are subsequently indicted. 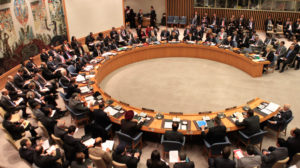 The Project supplies open source information on dozens of Iranian organizations linked to nuclear and missile work that should be subject to sanctions. This information contributes to decisions by the UN, EU, and US to freeze the assets of many of these organizations.

In response to Iran’s NPT violations, the Project launches a website devoted to tracking Iran’s nuclear and ballistic missile programs. The site is a repository of open source information about these programs, the entities supporting them, and analysis of the Iranian threat by the Wisconsin Project. 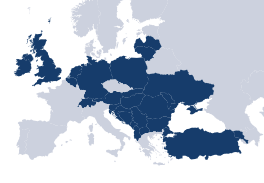 In cooperation with the Customs Service and the US State and Defense Departments, the Project trains some 200 export control officials in 16 countries in the former Soviet Union and Eastern Europe. As part of the training, officials are provided access to the Risk Report for end-user screening.

The comprehensive website monitors Iraq’s progress in building WMD, with a focus on the companies and countries supplying Iraq. The Project uses the website’s launch to reveal dangerous transactions, including exports of weapon components from companies in Belarus, Romania, and Ukraine in violation of UN sanctions. 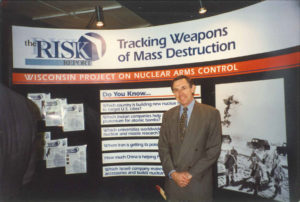 In a joint effort with the US Department of Defense, the Project provides the Risk Report to 65 officials involved in export controls from government organizations in Bulgaria, Lithuania, Moldova, Romania, and Slovenia. The new initiative aims to improve strategic trade licensing and enforcement in the former Soviet Union and Eastern Europe through capacity building and training.

Supporting the Government’s Response to Indian and Pakistani Nuclear Tests 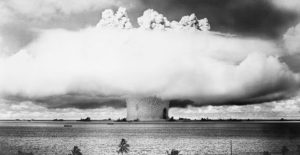 The US government uses the Project’s data to restrict US trade with 63 organizations involved in the nuclear and missile programs of India and Pakistan. This restriction is the most important penalty to result from those countries’ nuclear weapon tests in May. 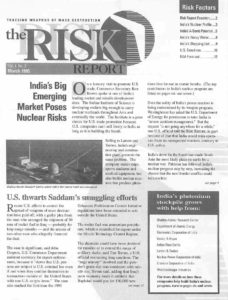 The Project begins publishing the Risk Report to help US exporters know their customer, in response to a new Commerce Department rule requiring exporters to seek a license if they know or are informed that a potential customer is connected to proliferation. Dozens of companies and government agencies subscribe. Early issues identify entities involved in nuclear weapon and ballistic missile programs in India and Pakistan. 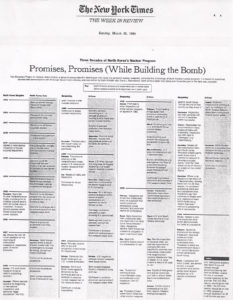 Through Congressional testimony and media commentary in response to the Agreed Framework between the US and North Korea, the Project warns that the agreement pushes the North Korean nuclear threat to the next administration. We publish a full-page graphic in the New York Times that details North Korea’s 3-decades of bargaining while developing nuclear weapons.

The Project reveals that the US Commerce Department licensed millions of dollars’ worth of dual-use items to Iraqi developers of nuclear and chemical weapons and missiles. By working with Congress, the Project pressures Commerce to release the Iraq export records, which increases pressure for tighter US controls. 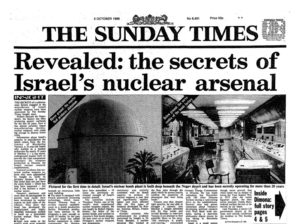 The Project publicizes how most of Norway’s heavy water exports have gone directly into nuclear weapon programs around the world. We reveal that Norway has a right to inspect the heavy water sent to Israel, which is used to produce plutonium in violation of a peaceful use pledge. Israel refuses but our campaign forces Israel to return half of the material to Norway and forces Norway to abandon its dangerous nuclear export business.