Valerie is the Executive Director of the Wisconsin Project on Nuclear Arms Control. She leads the organization’s research on weapons of mass destruction supply networks, which is used by governments to support sanctions and counterproliferation actions. Valerie is Editor of Iran Watch, a website she created in 2003 to track and analyze Iran’s nuclear and missile programs and international efforts to counter these programs. She also oversees the Wisconsin Project’s Risk Report, a comprehensive database of entities suspected of involvement in WMD proliferation. She leads outreach efforts in some 40 countries to support effective strategic trade controls, including through use of the Risk Report.

Prior to joining the Wisconsin Project, Valerie worked as a researcher in several Washington D.C. think tanks and at the New York Times and Newsweek in France. She earned an M.S. at Georgetown University’s School of Foreign Service and a B.A. from Smith College. Valerie is a Gender Champion in Nuclear Policy. 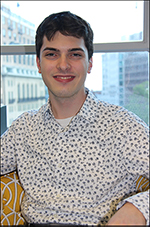 Austin is a research associate at the Wisconsin Project. He uses his knowledge of Arabic and Persian in investigations of entities linked to nuclear proliferation for Iran Watch and the Risk Report. Prior to joining the Wisconsin Project, Austin consulted for the research institute C4ADS and worked as a journalist in Iraq and South Sudan. He has lived in Morocco as a Fulbright Scholar and Oman as a participant in the SALAM Program. Austin graduated from Boston College in 2018 with a bachelor’s degree in Islamic studies and a minor in Arab studies. 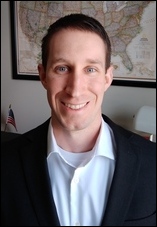 John is a senior research associate at the Wisconsin Project. He is responsible for the organization’s Iran research. John oversees a project on Iran sanctions, assists with managing Iran Watch, and is responsible for content related to Iran in the Risk Report database. John uses his Persian language ability to support his work. Previously, he served as a field artillery officer in the U.S. Army and held research positions at the U.S. Institute of Peace and the Institute for the Study of War. John graduated from Princeton University with a B.A. in Public and International Affairs and earned an M.A. in Global Communication from the George Washington University’s Elliott School of International Affairs. 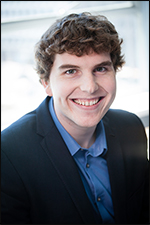 Treston is a senior research associate at the Wisconsin Project. He is responsible for content related to China and North Korea in the Risk Report database and oversees a project on North Korea sanctions. Treston also manages the organization’s IT systems and data modeling and visualization work. He contributes to the organization’s strategic trade control outreach effort, including through global Risk Report training. Previously, Treston worked at the Syrian American Medical Society and with the peacebuilding arts nonprofit, CARAVAN. Treston graduated from Lake Forest College with a degree in history and politics. 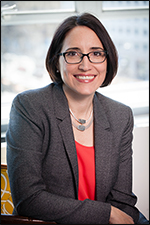 Meghan is Deputy Director of the Wisconsin Project. She oversees the organization’s work on sanctions and counterproliferation finance and contributes research and writing on these topics for both the Risk Report and Iran Watch. Meghan directs program development and advocacy at the Wisconsin Project and designs and delivers strategic trade control outreach training. She also oversees data modeling and visualization work for the Risk Report and the Iran Sanctions Project. Previously, Meghan represented energy-sector clients at an international government relations firm and also worked as a researcher at the International Finance Corporation and the State Department. She earned an M.S. at Georgetown University’s School of Foreign Service and a B.A. from George Washington University.

Abigail is a research assistant at the Wisconsin Project. She contributes to a project on Iran sanctions, which includes analysis of Iran’s proliferation and sanctions evasion networks and the economic sectors that support these networks. She previously worked at the Department of Justice in the Antitrust Division, at the U.S. Mission to the United Nations, and at the Center for a New American Security. Abigail speaks German and is learning Russian. She earned her B.A. in International Relations from the University of Southern California and completed a Master of Public Affairs degree at Indiana University. 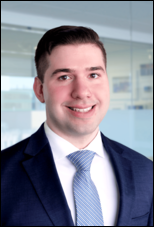 JP is a research assistant at the Wisconsin Project. He conducts research on North Korean proliferation programs and sanctions evasion, and the entities and networks that contribute to both. His research supports a project on sanctions and North Korea content in the Risk Report database. Prior to joining the Wisconsin Project, JP worked in the Policy Planning Unit at NATO Headquarters and at the Center for a New American Security. He has also interned with the State Department at the U.S. Mission to the United Nations and the U.S. Mission to the European Union. JP graduated from New York University with a degree in economics. 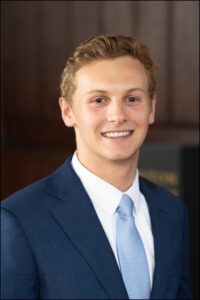 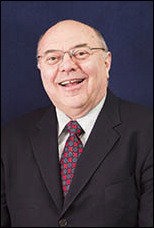 John is a senior fellow at the Wisconsin Project. He is an authority on weapons of mass destruction, nonproliferation, arms control, and intelligence analysis and collection. John retired from the U.S government with over 33 years of experience in the Central Intelligence Agency, National Reconnaissance Office, and as an arms control negotiator and served subsequently as a senior manager and corporate officer within Areteꞌ Associates, a research and development company. He continues to advise and shape nonproliferation and intelligence initiatives as a member of government, academic, and laboratory advisory panels, as well as in leading studies to improve WMD-related intelligence and the verification of international agreements. John has received multiple government awards for his leadership and innovation in collection systems, analytical approaches, and national security decisions. He has a B.A. from Hiram College and an M.A. in International Relations from Yale University. 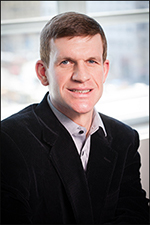 Jon is a senior research associate at the Wisconsin Project. He is responsible for content in the Risk Report database related to South Asia, Syria, and Russia and uses his Russian-language skills to support this research. Jon is also responsible for monitoring and updating Risk Report content related to sanctions, export control regulations, and multilateral control regimes. He contributes to the organization’s strategic trade control outreach effort, including through global Risk Report training. Previously, Jon worked on nuclear nonproliferation at the Natural Resources Defense Council and the British American Security Information Council. He graduated from the West Chester University of Pennsylvania and received an M.A. in the Social Sciences from the University of Chicago.

Emeritus Professor Milhollin of the University of Wisconsin Law School is President of the Wisconsin Project. Gary holds degrees in engineering and law, and was an Administrative Judge, part-time, at the Nuclear Regulatory Commission for more than a decade. He has also been a consultant on nuclear arms proliferation to the Department of Defense, practiced international corporate law in New York and Paris, and has taught courses on nuclear arms proliferation at Princeton University as well as at Wisconsin. Gary founded the Wisconsin Project on Nuclear Arms Control in 1986 and directed the organization for 25 years. His articles and research reports articles and research reports have been cited and quoted widely in the international press, and he has testified frequently before Congressional committees. 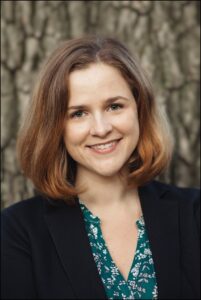 Kate is a program associate at the Wisconsin Project. She provides program and operational support for both Iran Watch and the Risk Report and assists in program development for the organization. She supports strategic trade control outreach and training using the Risk Report and manages external communications, including Risk Report subscriber relations and social media outreach. Prior to joining the Wisconsin Project, Kate worked as an advocacy officer at Malaria No More supporting efforts to advance global and domestic malaria public policy and at the Brady Center to Prevent Gun Violence. Kate earned an M.A. in International Human Rights from the University of Denver’s Josef Korbel School of International Studies and a B.A. from the University of Virginia.